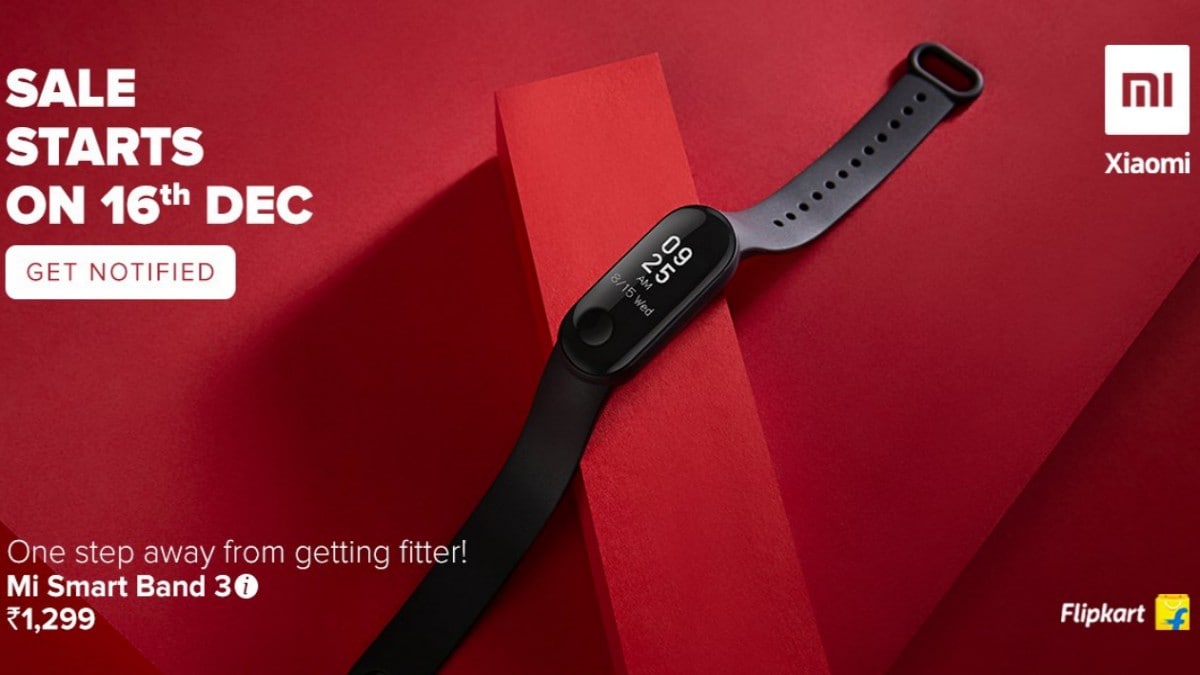 Xiaomi’s latest budget fitness band, the Mi Band 3i, was launched in India last month. But so far, the Mi Band 3i, has been available exclusively via the official Mi online store in India. That is about to change now, as the Mi Band 3i aka Mi Smart Band 3i will be up for grabs from Flipkart as well, starting December 16 in India with some offers in tow. The Mi Band 3i features a touch-sensitive OLED display and is claimed to last up to 20 days on a single charge.

The official Xiaomi India Twitter handle shared the details of Mi Band 3i’s arrival on Flipkart via a tweet. The Mi Band 3i is priced at Rs. 1,299 and will be available via Flipkart starting December 16, however, it is currently listed as ‘out of stock’ on the e-commerce platform. Flipkart will also offer 5 percent unlimited cashback on Flipkart Axis Bank credit card, 5 percent off with Axis Bank Buzz credit card, and no-cost EMI as well.

As for the Mi Band 3i, it offers 5ATM water resistance and has a thermoplastic polyurethane (TPU) build. The Xiaomi fitness band, which is also known as Mi Smart Band 3i, packs a 0.78-inch (128×80 pixels) OLED display with 300 nits of peak brightness and a capacitive touch panel with an anti-fingerprint coating. It comes equipped with a 110mAh Li-polymer battery that is claimed to last up to 20 days on a single charge. The device does not pack a heart rate sensor though. Mi Band 3i is compatible with phones running Android 4.4 or a later build, and iOS 9.0 or above.

It offers Bluetooth v4.2 for wireless connectivity and pairs with compatible smartphones and tablets via the Mi Fit app. Features include call and message notifications, idle alert, event reminders, and more. Talking about its fitness-centric capabilities, it can track activities such as cycling, running, and walking among others. The Mi Band 3i also comes with sleep tracking capability and can provide weather forecasts as well.