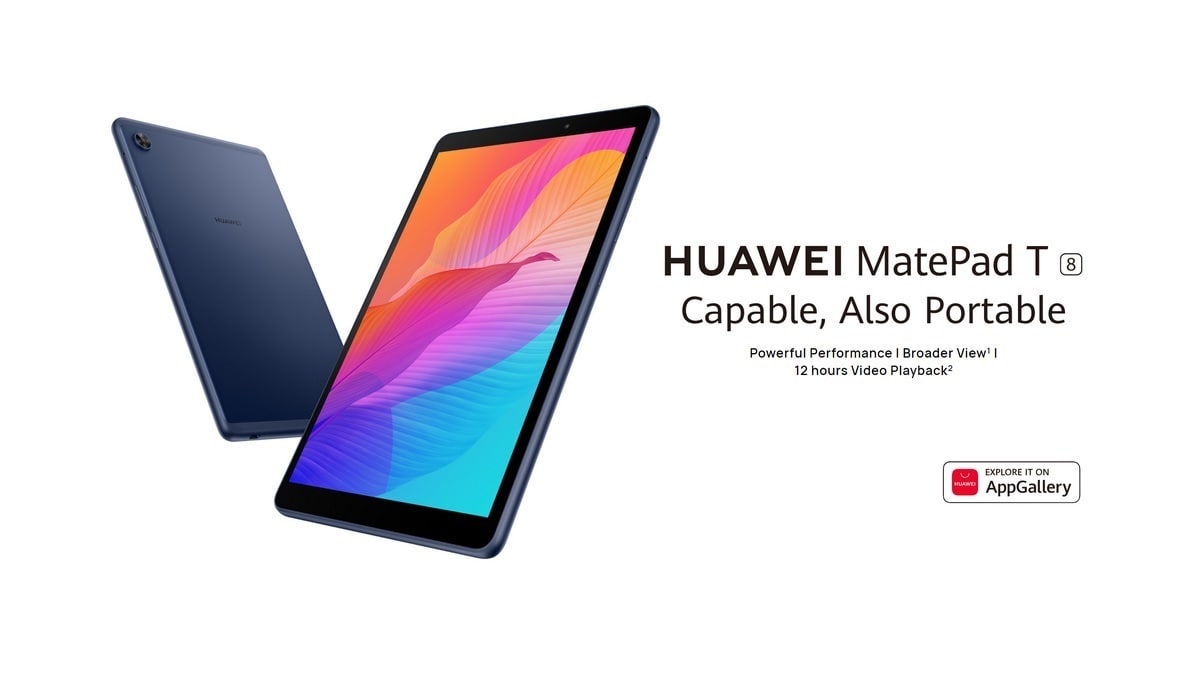 Huawei MatePad T8 tablet has been launched in India after making its global debut back in May. The budget-friendly tablet offers an 8-inch display and has relatively thick bezels on the sides. This makes it quite easy to hold in any orientation. The Huawei MatePad T8 comes in a single RAM and storage configuration, a single colour option, and offers a choice between LTE and Wi-Fi variant. It is powered by octa-core CPU and will be sold in the country through Flipkart starting next week.

The Huawei MatePad T8 Wi-Fi only is priced at Rs. 9,999 for the sole 2GB + 32GB storage variant, whereas the LTE model with the same storage configuration will retail at Rs. 10,999. It comes in a single Deepsea Blue colour option. The tablet is up for pre-orders starting today until September 14. During this period, the LTE variant of the Huawei MatePad T8 will be discounted to Rs. 9,999. Official sales start from September 15 via Flipkart.

The Huawei MatePad T8 comes with a single 5-megapixel rear camera and a 2-megapixel front facing camera. It packs a 5,100mAh battery with standard charging. For connectivity, you get dual-band Wi-Fi, Bluetooth 5.0, LTE (optional), GPS/ A-GPS, USB OTG, and a Micro-USB port for charging. In terms of dimensions, the Huawei MatePad T8 measures 199.70×121.10×8.55mm and weighs 310 grams.

Is Android One holding back Nokia smartphones in India? We discussed this on Orbital, our weekly technology podcast, which you can subscribe to via Apple Podcasts, Google Podcasts, or RSS, download the episode, or just hit the play button below.